The Anzac Portal: Australia and the Second World War

Australian Bureau of Statistics: Australians at War : WW2
Scroll down the page to the information on WWII. 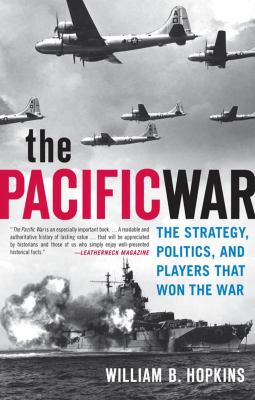 An American EBOOK which uncovers the whys--the strategies, politics, and personalities that made things happen as they did in the Pacific War.

What was the significance of the Nanking Massacre in the context of World War II?

Why was the Japanese army so brutal?

Project Muse: The Rape of Nanking

History.com: The Rape of Nanking

University of California (Santa Barbera): The Rape of Nanking
Scroll down to the bottom of the page.

Stanford University: The Rape of Nanking

The History Place: The Rape of Nanking 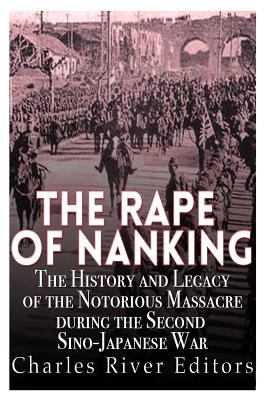 The Rape of Nanking: the History and Legacy of the Notorious Massacre During the Second Sino-Japanese War

A print Library book (951.04 CHA) about the notorious massacre of the Rape of Nanking, one of the most notorious events of the 20th century. 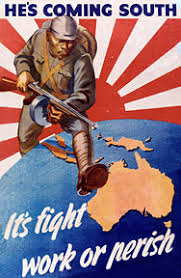 State Library of Queensland: WWII Servicemen in Australia - The Known and the Unknown

State Library of Victoria: Americans in Australia in WWII

The Anzac Portal: 'All in' - The Australian homefront 1939-1945
Includes primary source information

State Library of Victoria: Roles for Women in WWII

General MacArthur and Admiral Nimitz employed a strategy of “triphibious” warfare to advance through the Pacific. This strategy involved combing air, land, and sea forces to navigate the challenging geography and distances. Over time, this strategy came to be known as Island Hopping.

Prisoners of war
From the book 'Heinemann Outcomes History'. Scanned under licence.

The prisoner of war experience
From the book 'War and Identity'. Scanned under licence.

Prisoners of War
From the book 'A People's Experience of 20th Century Australia', by David McKinlay. Scanned under licence.

The Anzac Portal: The Thai-Burma Railway and Hellfire Pass
Australian War Memorial: Prisoners of the Japanese
Click on the links at the bottom of the page.

Australian War Memorial: Australian prisoners of war: Second World War - Prisoners of the Japanese
Click on the links at the bottom.

Australian War Memorial: General Information About the Australian Prisoners of the Japanese

Prisoners of the Japanese

Why Were the Japanese Army So Brutal?

State Library of Victoria: Changi  - One man who did much to improve the survival rate of prisoners in Changi was the Australian Army doctor Major Arthur Moon.

The influence of Bushido: Why Japanese officers drove POWs to work unreasonably hard - From the book: Railwaymen in the War: Tales by Japanese Railway Soldiers in Burma and Thailand 1941–4. Author: Kazuo Tamayama, Written in 2005. Publisher - Palgrave Macmillan.

The Weekend Australian: Powerful history shines a light on wartime slavery - From 17 April 2021.

ABC-NET: POWs and Families Mark the 70th Anniversary of the Cowra Breakout

NSW Education Dept.: Internees and POWs in Australia during WWII
Check on left column under 'Japanese Prisoners and the Cowra Breakout'

Internment in South Australia and the Loveday camp 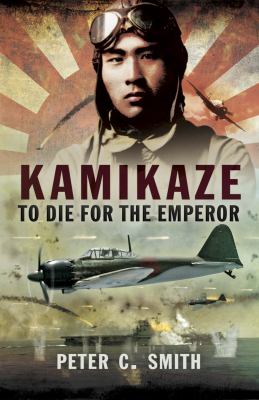 Kamikaze: To die for the Emperor

EBOOK - Engaging and often incredibly disturbing history of the Kamikaze tradition in Japanese culture, right back to the original Divine Wind (major natural typhoons) that saved Japan from invaders in ancient history. 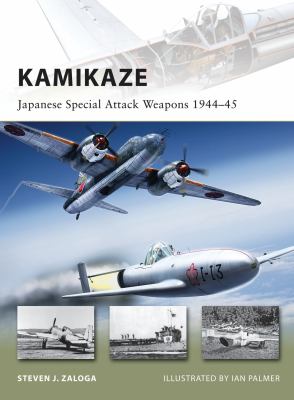 EBOOK - Kamikaze attacks initially consisted of crude improvisations of conventional aircraft fitted with high-explosive bombs that could be crashed into US warships. Called "Divine Wind" (Kamikaze), the special attack formations first saw action in 1944, and became the scourge of the US fleet in the battles for Iwo Jima and Okinawa in 1945.

Wesleyan University: Kamikaze Images
Check the links on the left for both American views and Japanese views of the Kamikaze pilots.

What happened when a Kamikaze pilot returned?

Dropping the atomic bomb
From the book 'Contested Spaces: Conflict in the Pacific 1937-1951'. Scanned under licence.

History Hit: What Were the Long-Term Effects of the Bombing of Hiroshima and Nagasaki?

National Security Archive: The Atomic Bomb and the End of WWII

Washington State University: The Effect of the Atomic Bombs Dropped on Hiroshima and Nagasaki

Pacific War.org.au: Was the Atomic Bombing of Japan in 1945 Justifiable?

BBC: Was it Right to Bomb Hiroshima?

The Nation.com: The war was won before Hiroshima - and the generals who dropped the bomb knew it

Washington Post: Truman Was Right to Use the Bomb on Japan

HistoryExtra.com: Was the US Justified in Dropping the Bomb on Japan?

National Security Archive: The Atom Bomb and the End of WWII - A Collection of Primary Sources

The War in the Pacific

The Australian: Those atomic bombs saved so many Japanese lives
Article choosing the 'pro' perspective about dropping the atomic bomb on Japan. The Australian newspaper, Friday 7 August 2020. 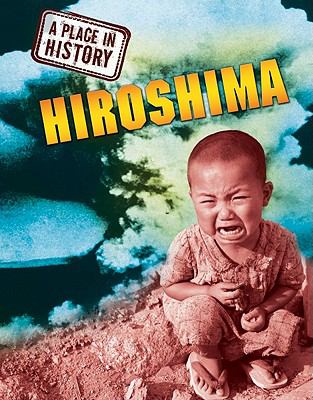 EBOOK which describes how the Japanese city of Hiroshima became the target of the world's first nuclear attack, explaining the development of the atomic bomb, the nuclear arms race that followed, and the city's legacy as a peace memorial. 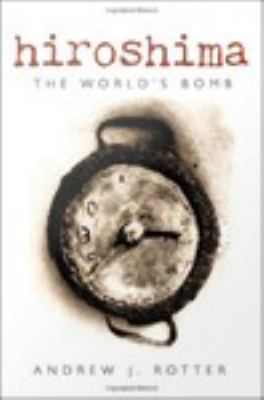 EBOOK which shows the bomb dropped by a US pilot that hot August morning in 1945 was in many ways the world's offspring, in both a technological and a moral sense. And it was the world that would have to face its consequences, strategically, diplomatically, and culturally, in the years ahead.

Essay Template for Writing the Essay

How to Write Introductory Paragraphs 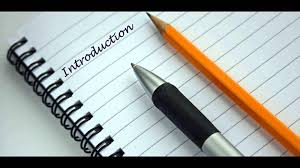 Map of the Japanese Expansion in the Pacific War

Pearl Harbor was was the site of the unprovoked aerial attack on the United States by Japan on December 7, 1941. Before the attack, many Americans were reluctant to become involved in the war in Europe. This all changed when the United States declared war on Japan, bringing the country into World War II.

USC News: 75 Years Later, What is the Legacy of Pearl Harbour?

Institute of World Politics: The Impact of Pearl Harbour on America

Pearl Harbour Attack
From the book: "Battles that Changed History: An Encyclopedia of World Conflict", by Spencer Tucker, Publisher: ABC-Clio, 2011.

Raymond Callahan, associate dean of the College of Arts and Science and the author of “The Worst Disaster: The Fall of Singapore,” has stated: “The fall of Singapore was a pivotal event with enormous consequences. Not only was it a military defeat, it was a shattering blow to Great Britain’s prestige and marked the decline of the Western era in Southeast Asia, which ended when the last helicopter left Saigon".

Skwirk: The Fall of Singapore

HistoryLearning site: The Fall of Singapore

National Museum of Australia: The Fall of Singapore

National Geographic: On This Day - The Fall of Singapore

On 19 February 1942 Darwin was bombed by Japanese forces, becoming the largest single attack ever mounted by a foreign power on Australia. Here an important section of the American fleet was at anchor,  and the Japanese attack occurred with a force greater than that hurled against Pearl Harbour,  The attack left hundreds of servicemen and civilians dead, and countless others injured.

Attack on Darwin
From 'A People's Experience of 20th Century Australia', by David McKinlay. Scanned under licence.

The Strategist: Remembering the Bombing of Darwin

Battle for Australia Association: The Bombing of Darwin

The Australian: The Bombing of Darwin Taught us Fear

The Battle of the Coral Sea is unique in the annals of naval history. It is the first battle in which enemy fleets never came within sight of one another. Instead, aircraft launched from carrier decks were sent out to attack the enemy with bombs and torpedoes.

University of San Diego: Battle of the Coral Sea

The Kokoda Track marks the course of one of the most important battles for Australians in the Second World War. Between 21 July and 16 November 1942, the Australian Army halted the furthermost southward advance by Japanese forces in Papua New Guinea and then pushed the enemy back across the mountains.

Kokoda
From 'A People's Experience of 20th Century Australia', by David McKinlay. Scanned under licence.

Australian War Memorial: Remembering 1942 - The end of the Kokoda Campaign

On February 19, 1945, nearly 70,000 American marines invaded a tiny volcanic island in the Pacific. Over the next thirty-five days, approximately 28,000 combatants died, including nearly 22,000 Japanese and 6,821 Americans, making Iwo Jima one of the costliest battles of World War II.

History.Net: Worth the Cost? Justification of the Iwo Jima Invasion

Quora: What Was the Significance of Iwo Jima? 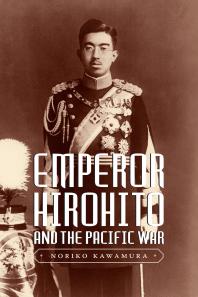 There has been considerable debate among historians about the role Hirohito played during Japan’s militaristic period from the early 1930s to 1945, the end of World War II. Many have asserted that he had grave misgivings about war with the United States and was opposed to Japan’s alliance with Germany and Italy (the Axis Powers) but that he was constrained to go along with the militarists who increasingly came to dominate the armed forces and the government. Other historians have claimed that Hirohito was actively involved in the planning of Japan’s expansionist policies from the Japanese invasion of Manchuria (now northeastern China) in 1931 to the end of the war. Still others posit that the truth lies somewhere between those two interpretations.

Nonetheless, in August 1945, when Japan was facing defeat and opinion among the country’s leaders was divided between those advocating surrender and those insisting on a desperate defense of the home islands against an anticipated invasion by the Allied Powers, Hirohito settled the dispute in favour of those urging peace. He broke the precedent of imperial silence on August 15, when he made a national radio broadcast to announce Japan’s acceptance of the Allies’ terms of surrender. In a second historic broadcast, made on January 1, 1946, Hirohito repudiated the traditional quasi-divine status of Japan’s emperors. (Encyclopedia Britannica)

The Australian: John Curtin Argued the Cause of Putting Australia's Defence First 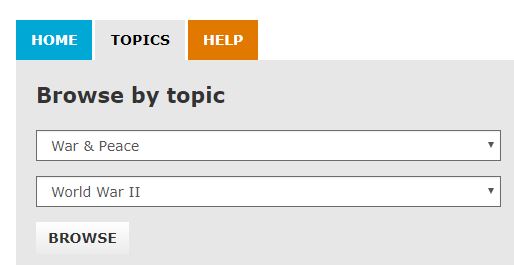 National Archives of Australia
Specify World War II and click on 'Browse' to access a range of primary sources including:

Examples of In-Text and End-Text Referencing

How to Use Signal or Linking Words to Construct an Essay 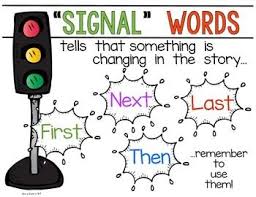