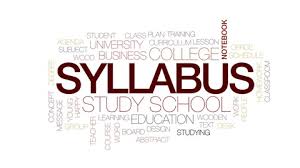 The ENTIRE collection of resources provided by the BBC Library can be searched on ONE single, powerful search platform, which retrieves print books, eBooks, database articles and websites.

Vietnam War Documents :  Wilson Centre Digital Archive
Documents on the Vietnam War. These telegrams, minutes, and discussion notes range from the mid-1950s to the end of the 1970s, and most come from Chinese and Albanian archives

Defoliant Operations in Vietnam (1961-1962) :  John F Kennedy Presidential
Several documents linked to the National Security Action Memoranda number 115 (NSAM 115) titled, "Defoliant Operations in Vietnam," which discuss the use of herbicides to clear jungle and inhibit the growth of crops.  Some discussion also centres around the issue of whether a defoliant violates any international law concerning the conduct of chemical warfare.

A HUGE number of links here, on all sorts of topics eg Agent Orange.

The Wars for Vietnam: an Overview
From Vassar College

Vietnam: A Country Study
A detailed history of Vietnam, the Vietnam War, and the country of Vietnam.

The Causes of the Vietnam War

CNN: US and Vietnam Examine Why Peace Was Elusive

The Australian Veteran and the Vietnam Experience

Two Days in October: Dow Chemical and the Use of Napalm

MyLai
The My Lai Courts-Martial 1970
Chronology, maps, bios, images, and more regarding the My Lai cases. Douglas O. Linder, University of Missouri-Kansas City School of Law.

The My Lai Massacre
From the PBS series, American Experience.

BBC: Murder in the Name of War

Links to the My Lai Courts Martial

Australia and the Vietnam War: Tunnels