Jamal and Bibi have a dream. To lead Australia to soccer glory in the next World Cup. They know it won't be easy. They'll have to beat some really good teams, plus landmines, pirates, storms and assassins. But they're sure they can achieve their dream, if only they can get to Australia. Sometimes, to save the people you love, you have to go overboard. A story of hope, ball control and an incredible journey. 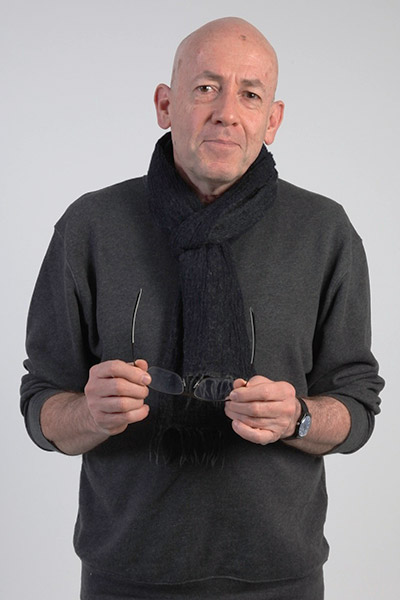 Morris wrote his first children’s novel in 1985. His moving and humourous style has endeared him to children and adults alike, and he is now one of Australia’s most successful authors, both internationally and at home.

He was born in England in 1953 and emigrated to Australia in 1969. His early work included being a paperboy, bottle-shop shelf-stacker, department store Santa Claus, frozen chicken defroster, fashion-design assistant and sugar-mill employee.

Then he gained a degree in Professional Writing at the Canberra College of Advanced Education.

Morris started his career as writer for three award-winning and top-rating seasons with the Australian TV comedy series The Norman Gunston Show.

He also wrote live stage material for people such as Pamela Stephenson and the Governor General of Australia.

Morris became well known to many people through his semi-autobiographical columns in The Age and Sydney Morning Herald magazine, Good Weekend, which he wrote for nine years.

But the majority of Morris’ accolades are for his hugely popular children’s books. One of the first was Two Weeks with the Queen, an international bestseller which was also adapted into a play by Mary Morris. The play had many successful seasons in Australia and was then produced at the National Theatre in London in 1995 directed by Alan Ayckbourn, and also in South Africa, Canada, Japan and the USA.

All Morris’ other books have been shortlisted for or have won numerous children’s book prizes here and overseas.

WHY DID MORRIS GLEITZMAN WRITE THIS BOOK

Why did Morris Gleitzman write this book?

“For weeks I’d been seeing small overcrowded boats on the TV news. Back then we didn’t know much about who was on those boats, and the government didn’t seem to want us to. Some governments called the people on the boats criminals and terrorists. I decided to tell a different kind of story. A sort of antidote to the nameless faceless fear one. I was lucky enough to meet a family who had come to Australia as refugees. I got to know them and they kindly read the first draft of Boy Overboard and helped me hugely with details of life in Afghanistan. I dedicated the book to them, and the friendship I have with them is one of the most precious things my writing career has given me.”

The capital city of Afghanistan is called Kabul.

The main religion in Afghanistan is Islam (99% of the population).

Followers of Islam are called Muslims. Muslims believe there is one true God called Allah (the Arabic word for God).

Afghanistan has experienced lots of war and violence. The country was invaded in 1979 by the Soviets (now Russians). In 1994, the Taliban – a political group who believe in an extreme (or fundamentalist) form of Islam – was founded to try and take control. In 1996 the Taliban took control of Kabul and made people follow a hard-line version of Islam. There was lots of death and violence. In 2001, the US attacked Kabul to remove the Taliban. The US were successful, and a new government was formed. However, the Taliban started to reform and threaten the new government.

As a result of all the war, there around 6 million (6,000,000) Afghan refugees. A refugee is a person who has been forced to leave their country in order to escape war, persecution, or natural disaster.

Afghanistan is also one of the poorest countries in the world. About 9 million (9,000,000) people live in extreme poverty.

Over 70% of adults cannot read and write and it is also estimated that at least 30% of children aged 5-14 are involved in child labour. This is when children are forced to work.

Women did not have the same rights as men – gender discrimination.

1. Simile – “My insides are quivering like goats in a bombing raid”

2. Metaphor – “my insides turn to yoghurt”

3. Exaggeration - ‘For the millionth time since we set sail, I remind myself why we’re doing this”

4. Dramatic irony – “Even though this is just pretend”

6. Tripling - “girls playing soccer is completely, totally and absolutely against the law.’

1. Survival • What keeps people going? • What effect does stress have on people and how do different personalities cope?

2. Conflict • Between people in general • Political and social conflict • The history of conflict in Afghanistan

3. Friendship and relationships • Importance of ancestry – knowing who and where you’ve come from, sense of family history and a place to belong • Putting needs of others before your own • Friendships formed in times of adversary 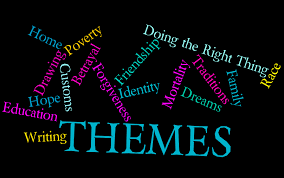 Boy Overboard tells the story of 11 year old Jamal, a football (soccer) mad boy who lives in Afghanistan in the early 2000s. After his family find themselves in trouble with the Taliban, they are forced to flee - first to a refugee camp and then around the world.  Jamal is brave, caring and resourceful.

Bibi is Jamal's 9 year old sister who wants to become a famous soccer player but she can 't because the government won 't allow girls to go outside without an adult man beside them.  Bibi is audacious and courageous.

Mum really loves her children.  She is an illegal teacher who has a secret school in her home.  She wants to go to Australia to be free like a normal woman and for her family to live a normal life.  Mum is determined, compassionate and has strong morals.

Dad is a taxi driver and banker. He is cunning, brave and caring.

Omar is one of Jamal’s good friend that he meets in the camp. Omar is very poor and has no real family.  He also loves soccer and is cunning, mischievous and bold.

Rashida is a typical refugee, optimistic and hopeful.  She doesn't seem to have any obvious flaws in her temperament; she is cool-headed, generous, friendly & likeable. Overall, a genuinely nice person. 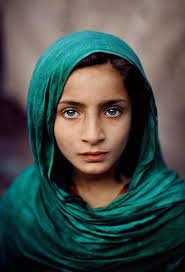 Yusuf is Jamal's best friend who lost his leg when he stepped on a landmine. He is a very good goal keeper and loves playing football with his friends.  He and his Grandfather help Jamal and his family when Jamal's house is bombed.