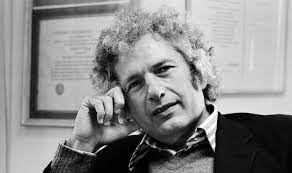 Joseph Heller was born on May 1, 1923, to Russian immigrant parents who lived in the Coney Island section of Brooklyn, New York. He wrote his first short story in his teens, using a neighbor's typewriter. In 1942 he enrolled as an air force cadet.

Heller was stationed on the Mediterranean island of Corsica, where he flew 60 combat missions. On a raid over Avignon, his plane was hit by antiaircraft fire, which killed one of the gunners. Heller would later use this episode as the climax of Catch-22.

After the war, Heller taught and also worked in advertising. One morning in 1953 he suddenly conceived the first two lines of what would become Catch-22. "I didn't have the name Yossarian," he recalled. "But as soon as the first sentence was available, the book began to evolve clearly in my mind." Writing the book took eight more years.

Catch-22 was published in 1961 to a mixed reception. The New Yorker said the book read as if Heller had "shouted onto paper." Norman Mailer was more positive, although he said, "One could take out a hundred pages anywhere from Catch-22, and not even the author could be sure they were missing." In its first year, Catch-22 sold a very respectable 30,000 copies in hardcover, and it became a best seller after being published in paperback in 1962. It went on to sell several million copies in the United States.

Heller wrote full time after Catch-22's publication. Among his later novels were:

Heller died of a heart attack on December 12, 1999.
From Course Hero 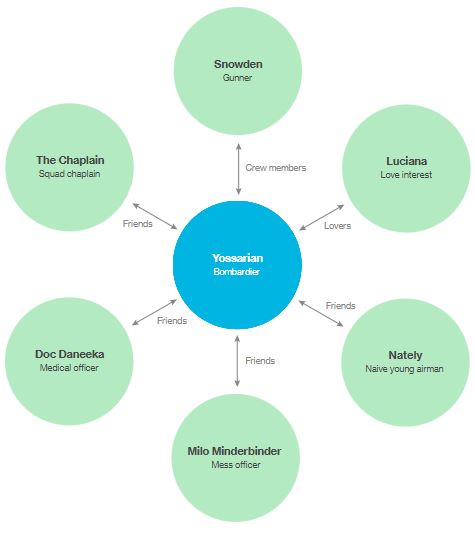 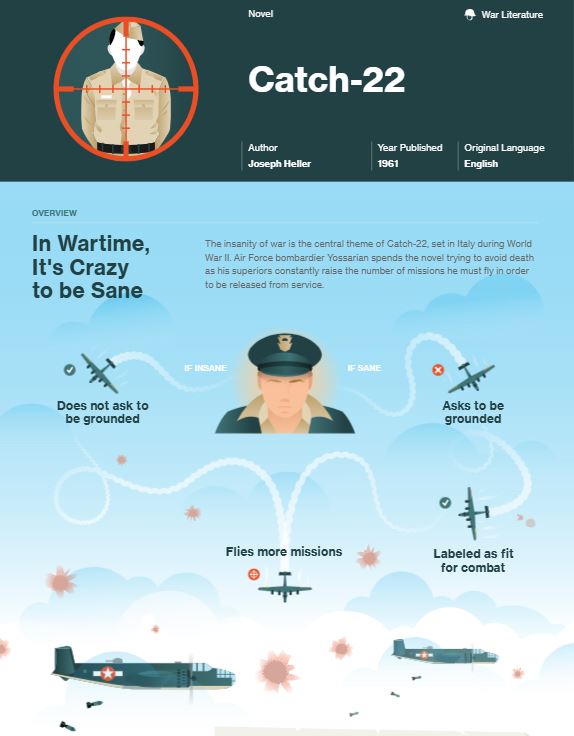 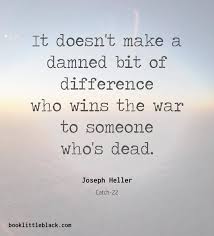 “There was only one catch and that was Catch-22, which specified that a concern for one's safety in the face of dangers that were real and immediate was the process of a rational mind. Orr was crazy and could be grounded. All he had to do was ask; and as soon as he did, he would no longer be crazy and would have to fly more missions. Orr would be crazy to fly more missions and sane if he didn't, but if he was sane he had to fly them. If he flew them he was crazy and didn't have to; but if he didn't want to he was sane and had to. Yossarian was moved very deeply by the absolute simplicity of this clause of Catch-22 and let out a respectful whistle.